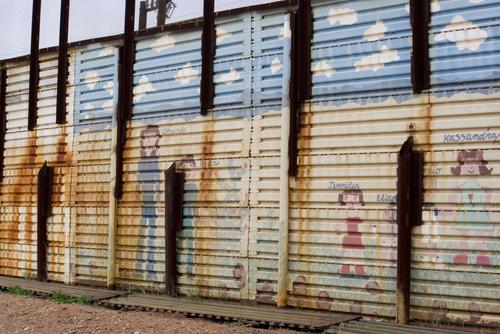 ABSTRACT: This work examines the development of US immigration policy with a focus on border enforcement, migrant removals and the effects on human security at the US-Mexican border. My research considers three stages in the journey of the unauthorised migrant: clandestine crossing, detention in the US and deportation to Mexico. Since the border wall was constructed, dynamics at the border have changed as Mexican and other Latin American migrants have started risking their lives by crossing in remote areas like deserts and mountains in order to avoid US Border Patrol and new surveillance technology. At the same time, criminal organisations have taken advantage of the rising interest in human trafficking and begun profiting from the smuggling, robbery and extortion of migrants, only worsening human security concerns in the area. Clandestine border crossings are, however, just one of the stages of the ordeal described by many of the migrants whom I interviewed. The militarisation of the border and increasing protectionism of US immigration policies have been accompanied by the detention of growing numbers of undocumented migrants, giving rise to a complex detention system that profits private prisons and detention facilities. During their detention, migrants’ security may be further affected; physical mistreatment and legal difficulties have both been reported. After spending days, weeks or even months in detention centres, detainees are commonly deported, which is the most stressful part of their journey. Deported ex-migrants amass in Mexican border cities and soon become socio-economically marginalised and depressed. I highlight the alarming case of El Bordo, the river canal area where most Mexican deportees to Tijuana settle after failing to integrate into the local job market. This analysis of these three stages suggests that US policies have a great human cost, and thus, lack sustainability.