The Challenge from Merkel’s Right: Alternative for Germany and the Alliance for Progress and Renewal in Bavaria and Eastern Germany 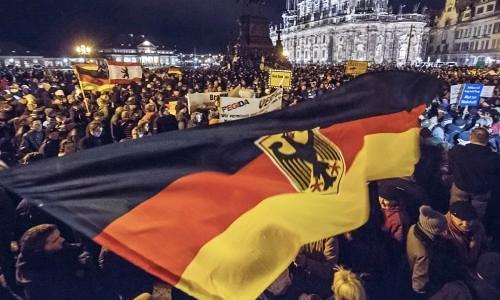 Abstract: In the past three years two new political parties have been established in Germany and both approach recent economic, social and civil issues from the political Right. The Alternative for Germany (Alternative für Deutschland, AfD) can indeed be viewed further to the right than the Alliance for Progress and Renewal (Allianz für Fortschritt und Aufbruch, ALFA); yet each notably exists in spite of Angela Merkel’s (Chancellor of Germany) Christian Democratic Union Party (CDU). Moreover, each has emerged under the direction of the same political figure. Current political discord within Germany today regarding the European Union as well as migration has empowered the two parties to advance a populist or even national approach to gather strength in German national/state elections. This article addresses the reasons for the overall division among the established Centre-Right parties, for unique reasons, in Bavaria and Eastern Germany. It also attempts to answer the question whether the CDU will make accommodations to the new parties. If not, whether the Alternative for Germany and Alliance for Progress and Renewal will fail since they are thoroughly divided and their lack of relationship for various reasons is quite personal. Along the same line, this article examines the similarities and differences of the two new parties as well as their effectiveness to garner votes for 2017 juxtaposed with the Bavarian sister party divergence with the CDU in the federal election of 2013.