The Body as Border? Arizona’s SB1070 as a Case Study for Re-Thinking the Spatiality of the US-Mexico Border 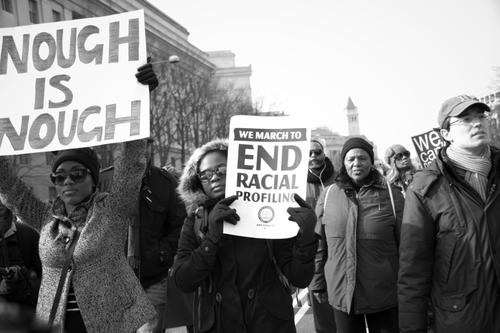 ABSTRACT: Arizona’s SB1070, or the Support Our Law Enforcement and Safe Neighbourhoods Act, is a piece of US immigration legislation which was passed in 2010, making it one of the first of a number of state-level immigration bills in the US in recent years. The cornerstone of SB1070 is the requirement that police officers verify a person’s immigration status should they develop a “reasonable suspicion” in the course of a traffic stop or other law enforcement act that the person may not have legal status. Through this provision, the bill legitimates “suspicion” as a valid motive for detaining an individual and checking their documentation and also raises the question of what it means to “look illegal.” In this study, I argue that not only does Arizona’s SB1070 draw on racist ideas of national belonging, but the immigration policing practices that it relies on highlight questions about the location and function of the border. What does the consolidation and intensification of migration policing across the interior of national space do to conceptions of that space and to the border? And how does a racialised and racist immigration policing practice, which can be triggered anywhere and at any time based on a body’s coding as belonging/not belonging, alter the understanding of the border and its locations? Against the wider context of US immigration policy, I argue that SB1070 necessitates a non-territorial theory of the border that understands borders as existing in relation to the bodies they police and control. SB1070, I contend, places the border not in geographic space, but directly on the human body. In this way, what SB1070 legalises is the treatment of the body as a border.